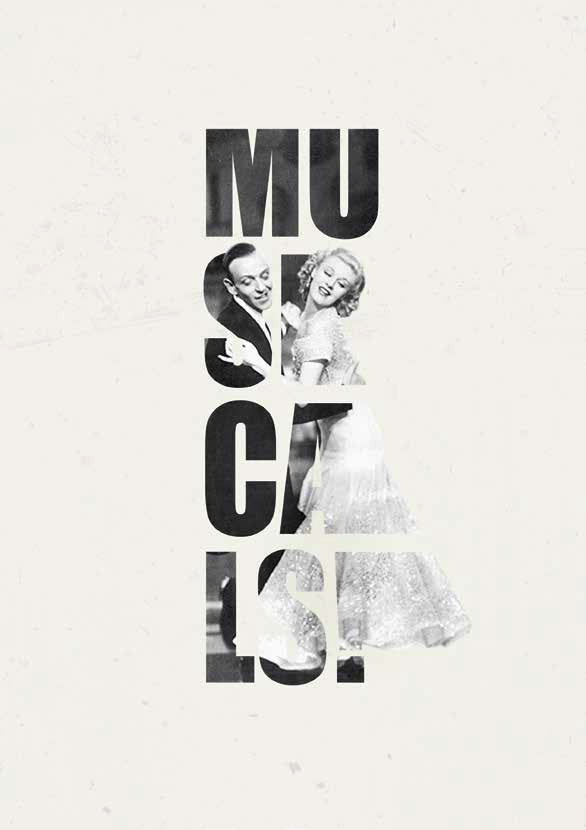 A Year of Musicals!

Starting in January 2020, in partnership with the BFI Film Audience Network, we will launch A Year of Musicals with special events inspired by iconic musical films, including an unmissable live performance by the Royal & Derngate Community Choir, lively dance lessons for all ages and abilities, and a family-friendly, interactive installation.

For our A Year of Musicals Opening Gala, we are delighted to welcome the Royal & Derngate Community Choir to the Northampton Filmhouse! At this unmissable event, the choir will sing Cabin in the Sky’s classic soundtrack live in the cinema, complementing the stellar performances by legendary onscreen stars including Lena Horne, Ethel Waters, Louis Armstrong and Duke Ellington.

This landmark achievement in musical filmmaking is adapted from the stage production of the same name. Little Joe (Eddie Anderson), a compulsive gambler who dies during a shooting, is restored by angelic powers and given six months to redeem his soul. Nominated for the Best Original Song Oscar, this classic production makes its way back on to the big screen.

We are delighted to offer exclusive ballroom dance classes to accompany our screenings of Top Hat! Don’t miss this opportunity to dance cheek-to-cheek on the iconic Derngate stage, with classes from TopDance, inspired by the ultimate iconic dance partnership of Fred Astaire and Ginger Rogers. All ages and abilities welcome for classes in foxtrot and quickstep, for just £10 per person.

The iconic musical follows showman Jerry Travers (Astaire), and producer Horace Hardwick (Edward Everett Horton) in London. Jerry demonstrates his new dance steps late one night, much to the annoyance of sleeping Dale Tremont (Rogers) below. But when she goes upstairs to complain, the two are immediately attracted to each other.

The Wizard of Oz + Interactive Installation

Judy Garland dazzles as Dorothy, a Kansas girl who is swept away in a tornado to the magical land of Oz. Here she meets some memorable friends and foes in her journey to meet the mysterious Wizard of Oz, who everyone says can help her return home. Winner of two Academy Awards, The Wizard of Oz is a timeless masterpiece.

We are thrilled to accompany our screenings with a fantastic interactive installation, where we will turn the Northampton Filmhouse and Royal & Derngate foyers into the merry old land of Oz! Bring the whole family for fun and games over the rainbow, as you journey through the haunted forest, create beautiful origami poppies and reach the gleaming Emerald City, all brought to life inside the theatre and Filmhouse. Recreate the magic of the film, as you turn the world from black and white to colour and float away in Glinda’s magic bubbles, before enjoying one of Hollywood’s most lovable and enduring musicals on the big screen.

British classic, First a Girl, is the quintessential Jessie Matthews musical, and one of the most enduring and amusing for a modern audience. Elizabeth dreams of being a music-hall singer but is refused at every turn. When circumstances arise, she is given the opportunity to make her debut as a man posing as a woman. Cleverly subverting gender roles, this whimsical film remains an iconic turning point for the genre.

The screening includes a fashion show inspired by the film! Join us for an unforgettable night of style and fun with our First a Girl fashion show. With outfits inspired by the sparkling British musical comedy, we applaud 1930s fashion alongside ingenious modern creativity that blurs gender boundaries and celebrates inclusivity.

Join us as community models strut their stuff in vintage and stage-gear, bringing to life the androgynous icons of the Silver Screen.

Arguably the epitome of 1930s Hollywood musicals, we are delighted to screen 42nd Street as part of Silver Screen programme! With spectacular and unforgettable choreography by Busby Berkeley, 42nd Street is a pure delight on the big screen.

Renowned Broadway producer/director Julian Marsh (Warner Baxter) is hired to put together a new musical revue. It’s being financed by Abner Dillon (Guy Kibbee) to provide a starring vehicle for his girlfriend, songstress Dorothy Brock (Bebe Daniels). Marsh, who is quite ill, is a difficult task master working long hours and continually pushing the cast to do better. When Brock breaks her ankle one of the chorus girls, Peggy Sawyer (Ruby Keeler), gets her big chance to be the star, while finding romance along the way.

One of the very first musicals made in Japan, Singing Lovebirds follows a delightful tale of a woman in love with a ronin who lives next door but has his hands full dealing with two other suitors. From director Masahiro Makino, the ‘Busby Berkeley of Japan’, this is an exclusive opportunity to see the charming and captivating Singing Lovebirds at the cinema.

Following the screening, we’ll delve deeper into the rarely screened film. We are thrilled to host a discussion with expert speakers, Dr Marcos Centeno (Lecturer in Japanese Studies, Birkbeck), a renowned scholar of Japanese Studies who has led a project entitled “Japanese Transnational Cinema”, and Dr Griseldis Kirsch (Head of Department, East Asian Languages and Culture, SOAS). We will discuss Singing Lovebirds and its place in the history of musicals, as well as 1930s Japanese culture and how the film draws upon indigenous musical traditions.

This screening is organised in partnership with the Japan Foundation, celebrating the Japan-UK Season of Culture 2019-20.

As A Year of Musicals continues into February, we turn our attention to the phenomenal films of the 1940s – beginning with the exhilarating classic, On the Town. Stanley Donen (Singin’ in the Rain) directs this Oscar-winning romp through the streets of New York City, starring Gene Kelly and Frank Sinatra (From Here to Eternity). Three sailors on a day of shore leave in the wonderful town look for fun and romance before their twenty-four hours are up. With their future out at sea, can this happy-go-lucky group find purpose on land?

Screenings of this film are organised in partnership with the Japan Foundation, celebrating the Japan-UK Season of Culture 2019-20.