The Northampton Filmhouse was developed by the team at Royal & Derngate Northampton; one of the UK’s most acclaimed regional theatres. The first screen, situated adjacent to the theatre, opened on 20 June 2013.

We opened our second screen in April 2017, built alongside the existing cinema, making even more screenings available of the very best in world, independent, British and mainstream films, along with live screenings of theatre, ballet and opera events from around the world. 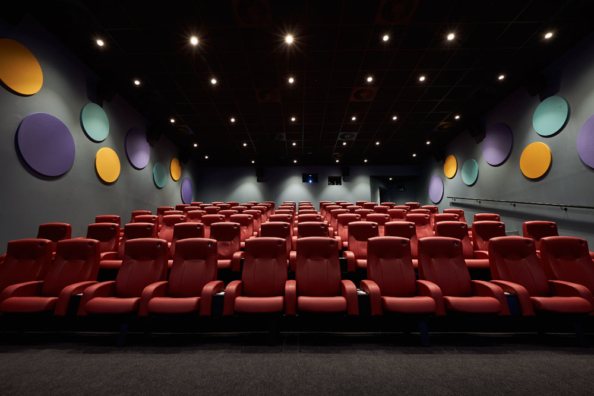 Between the two screens is a raised outdoor terrace and seating area, for customers to enjoy our carefully selected local refreshments.

The cinema has been made possible by the generosity and support of a number of partners. We are grateful to all who have ‘named a seat’ and to those who have provided grant, sponsorship and financing for this project, in particular:

As a registered charity, Royal & Derngate is generously supported by grants from:

We are also proud to be a part of Northamptonshire Britain’s Best Surprise:

All profits generated from the Northampton Filmhouse will be donated annually to Northampton Theatres Trust (on behalf of Royal & Derngate). This assists the theatres to continue to produce highly acclaimed theatre (Made In Northampton) present a wide range of live entertainment and enable young people and families from throughout the county to participate in award winning arts related activities.

Steve Edmonds – Chair of the Board of Trustees